There is a time to listen, a time to think and a time to speak and react 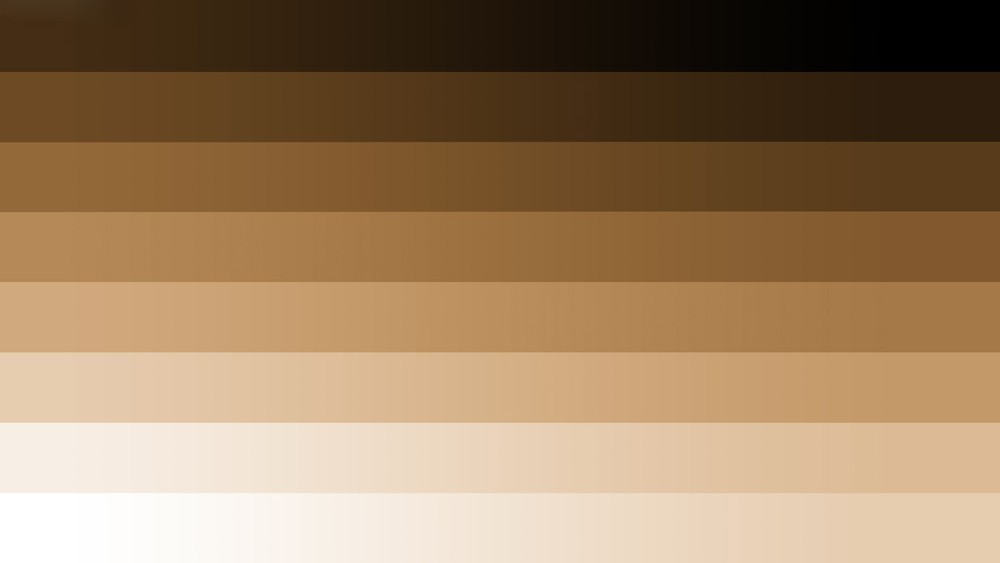 As you already know, the death of George Floyd is a case of American police violence leading to the death of an Afro-American man, during his arrest by white policeman Derek Chauvin, on May 25, 2020 in Minneapolis, in Minnesota, USA. George Floyd’s death at the hands of police has triggered a deep crisis across the United States, shaking humanity. His death first left us stunned, then indignant, then finally, outraged.

You may have noticed that I remained silent, as I have remained silent on numerous dramatic events that have occurred worldwide over recent years or even those concerning my personal life. I do not want to use my business to further my opinion, my voice, or indeed my battles, and I also don’t want to talk about my personal life in the social media attached to my business.

However, over recent days, I have received several messages specifically asking me to express myself publicly.

Here is a copy of one of the messages I received:

As a sewist I have been an admirer of your patterns as well as a customer of yours. At the time of writing, your company has not stated its support of the Black maker community at all and not provided an action plan detailing how you will move forward to create an inclusive space for Black makers.

I am saddened but not surprised by your lack of acknowledgement of the Black Lives Matter movement, and by your continuation to post sewing related content throughout this time when other companies have decided to suspend posting out of respect. I say I am not surprised, because like in the UK, in France, racism is a huge issue.

I am speaking out to let you know that I support Black makers, and I am paying attention to the companies who are staying silent at this time rather than taking an anti-racist stance. The maker community is diverse, and many companies are overdue in reflecting that diversity in their business practices. I would like to see the following actions taken by Ready to Sew:

Initially, I had decided not to communicate through Readytosew on this subject. As the Instagram account has essentially a mercantile purpose, I thought it wasn’t appropriate. There is something a bit disingenuous in communications from many companies over recent days, capitalising on the subject to boost their clientele. Furthermore, I needed some time – time to digest what I’d read, what I’d seen. I knew that if I broke my silence, it would be to share something more than just reposting an image of a pile of books on the theme of racism that I had not read myself, reposting videos that I had not really had the time to watch or even a black square. It takes time to understand, digest, recommunicate what we’ve understood. It takes time to choose an association to support, to know how best to engage and what type of commitment can be maintained in the long term. In my opinion, reposting heaps of content in the blink of an eye to increase visibility and absolve oneself of any feelings of guilt is rather pointless.

With some time and distance, I feel more comfortable publicly making my contribution.

It took me some time to realise that Readytosew was not fully representing the diversity of female bodies. At this same time last year, I sent an email to my publisher to inform her that I intended to stop working on my next book. In the end, I’d decided to dedicate the months to a different development for my brand, which would be more beneficial to my clientele than an umpteenth book. I took the time to better understand my current client: who it was, and who it was not. It was fair to say that a few sizes were missing from my size chart. It took me almost a year to change this, through trial and error, various courses, investments, and tests. When I commit to something, I am fully committed, but I take the time to do things well. I don't want any #sizewashing or #greenwashing around here.

I think it’s a pity that remaining silent on social media following the Black Lives Matter movement could send a false image of Readytosew, that it could be interpreted as contempt. I understand why I’ve been asked to use my business as a voice and I will commit to:

So, here is how I plan to engage my business in the fight against racism and thereby support the Black Lives Matter movement:

1 : Convey an antiracist message and enable it to continue on its way.

I intend to educate myself and others by reading books on the subject. I want to avoid reading internet posts, as I have little confidence in what is circulating. I have decided to start with the following book, and I’ll add others once I’ve read them:

- Your Silence Will Not Protect You - Audre Lorde (currently reading - The black lesbian feminist writer and poet, who died 25 years ago, is better known than ever, her words often quoted in books and on social media ).

- http://sosweetplanet.com/podcast-jo-gustin-pour-son-livre-ah-sissi-il-faut-souffrir-pour-etre-francaise/ (Already listened - Interview of the black comedian and writer Jo Güstin speaking about the reason why she is leaving France ).

- https://www.arteradio.com/son/61664080/gardiens_de_la_paix ( Already listened - The testimony of Alex, a black police officer who discovered it's white collegues were having a lot of fun exchanging racists vocal messages on a What's app group).

From now on, I will try to represent the diversity of cultures in the models who pose for Readytosew. I plan to redo photo shoots of some patterns to offer a more realistic representation of women. I’ll do the same thing on social media. I know that this will take time and won’t happen overnight.

I actually had already planned this shooting before the Black lives matter movement started. A few months ago, after the Pépite collection was lauched, I scrolled through #readytosew and noticed that few women of colour pose in Readytosew designs and the reason seems clear – why would they be attracted to my creations if they don’t feel represented by my brand?

3. Use part of the profits generated by Ready to Sew for something other than my personal gain.

Readytosew was already donating a monthly fixed amount to the association Antidote europe: http://www.antidote-europe.org/ (fighting against animal testing) and L214 https://www.l214.com/ L214 is a French nonprofit animal defense organization that focuses its action on animals used for food consumption.
Last april Readytosew did a one time donation to Fashion Revolution: https://www.fashionrevolution.org/ and also supports the Barefoot College: https://www.barefootcollege.org/. I never mentioned this before but now it's done.

This is just the beginning and not the end, and this article will be updated over time.

Created On mercredi, juillet 22, 2020 Posted By susieq Comment Link
I agree that what happened to George Floyd is horrible. And I agree with anti-racism. What I dont agree with are people who choose makers, come into their business spaces, and demand you do what THEY want, using their "script.". One should have the freedom to run one's business the way one wants to without having someone arrive with a verbal pitchfork and a list of demands trying to shame/scare/force you into compliance to their rules. The changes you are making are lovely. But the harassment is not. And I see it as harassment.

Created On vendredi, juillet 3, 2020 Posted By readytosew Comment Link
Thank you Paula for your words of encouragement.
Have a great day,
Raphaëlle

Created On vendredi, juillet 3, 2020 Posted By readytosew Comment Link
Thank you Louise for your kindness.

Created On vendredi, juillet 3, 2020 Posted By Louise K. Comment Link
Your thoughtfulness and wisdom is refreshing in these times. I admire you for that. You have the right to run your business as you see fit. No one has the right to make demands of you. Your patterns will sell themselves.

Created On lundi, juin 29, 2020 Posted By Paula Thoele Comment Link
Thank you for your thoughtful response to current issues. Part of the reason I bought a pattern from you is because of the variety of models body types. (Besides the cuteness of the pattern!) After reading the above statement I am happier than ever. Your instructions are so clear and the tutorials are so helpful. I'm excited to get sewing and thrilled to have purchased from such a ethical human!