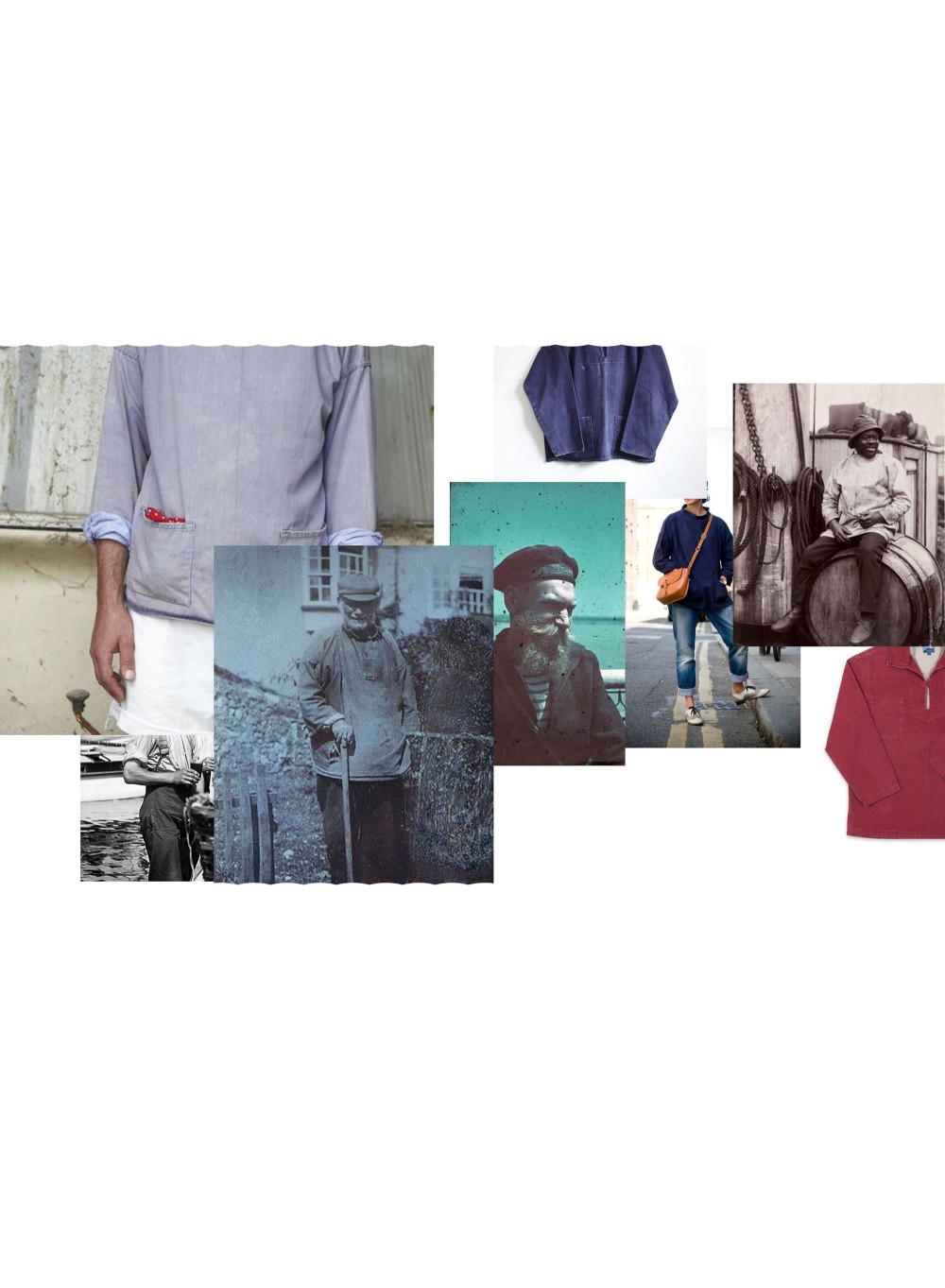 If you like sturdy clothes, you will love James!

I’m so excited to announce that the James fisherman's smock is finally here! The collection was design around the theme "sew strong". The coverall Jean-Paul, the fisherman's smock James and the upcoming patterns (I'm still working on 2 other patterns) were drafted with the same common points; durability and comfort.

The fisherman's smock was an item of workwear that became a symbol of Cornish identity. Made from rough cloth - quite often canvas, the smock was worn as an outer garment to protect the wearer from the wear and tear of their every day work. The traditional dress of the Cornish fisherman can be seen in the many paintings made during the 19th and  early 20th century by the Newlyn School of Artists.

I’ve gathered some images from around the internet to inspire your own James smock. 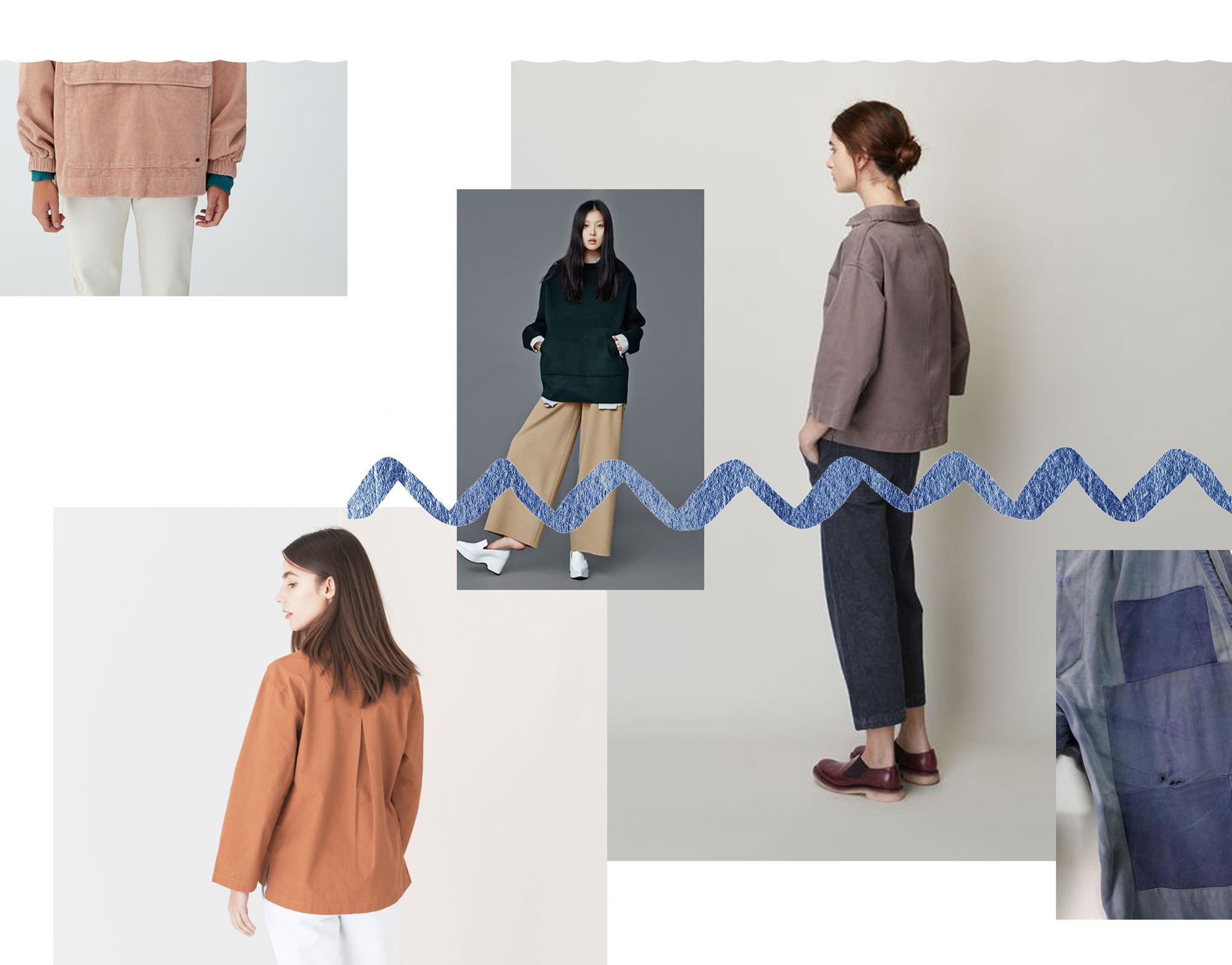 I love the idea of combining this rough garment to lovely pastel shades. What about a blush pink fisherman's smock? 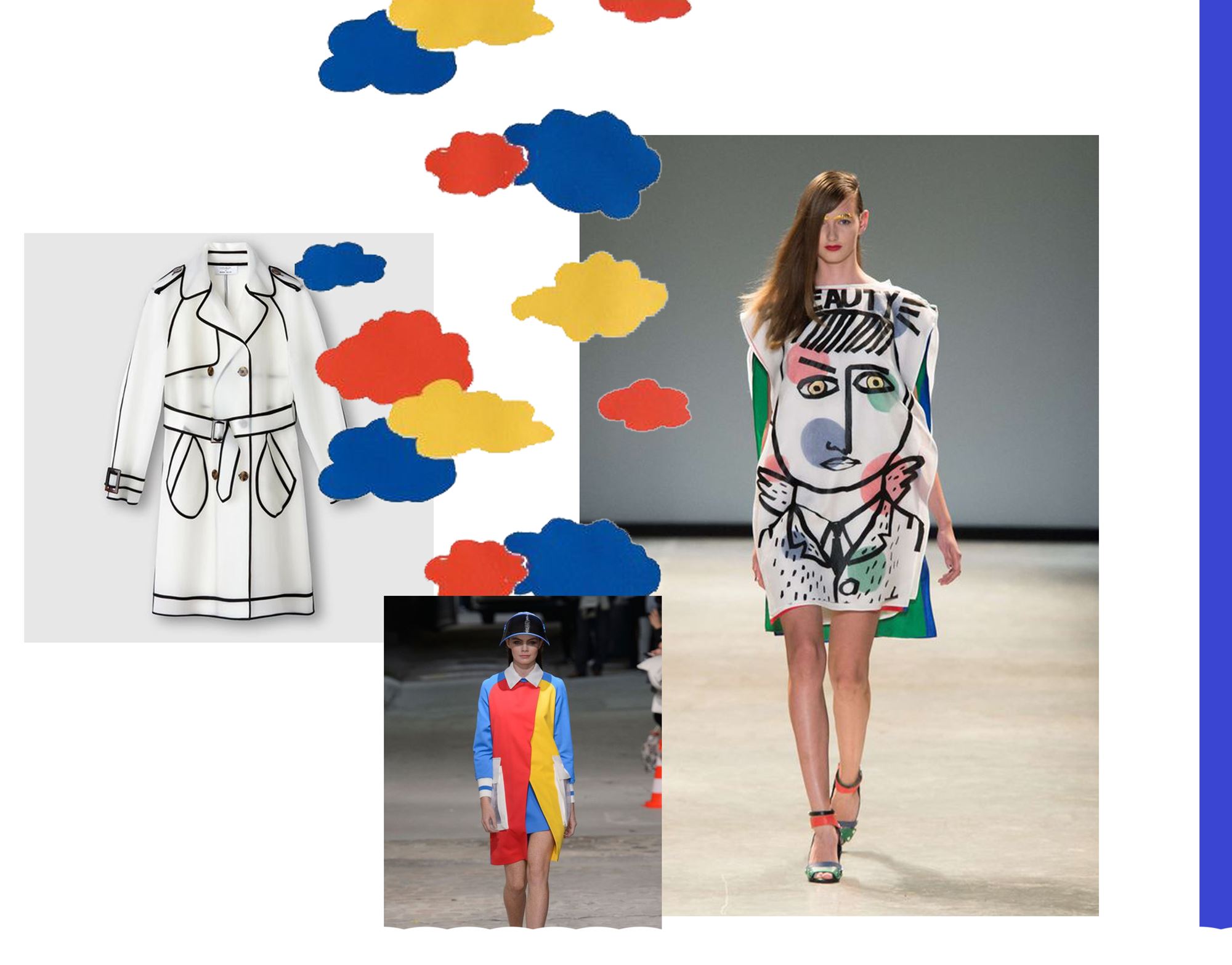 One of my tester, Aurélie, choose a fabric with abstract and colorful patterns, it was really #JCCastelbajaclike. I loved it and it inspired me this moodboard. 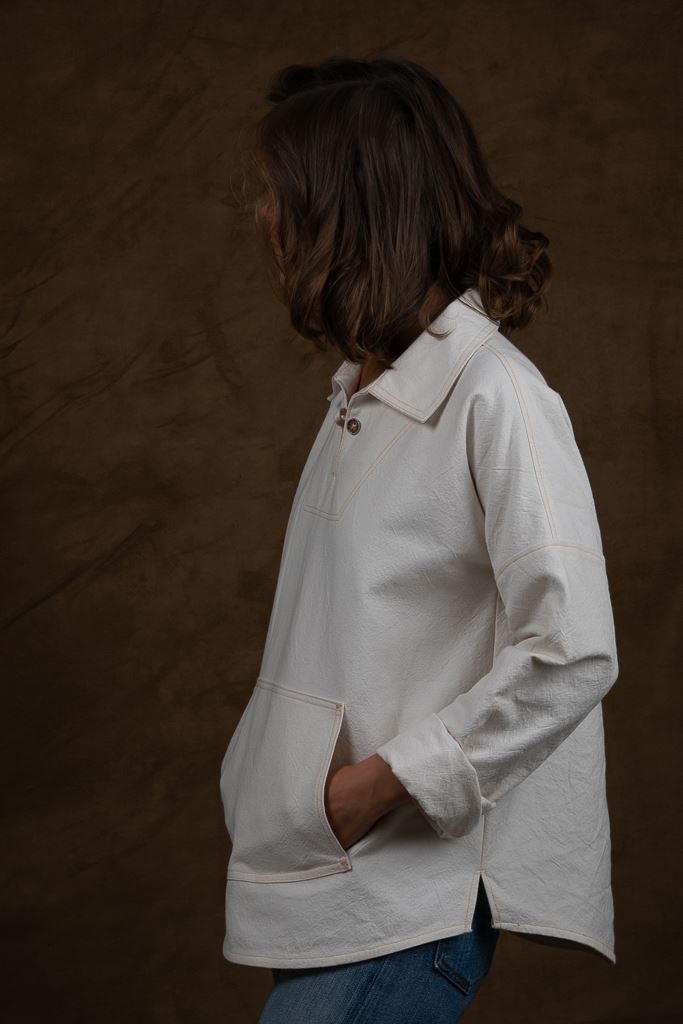 James is a classic fisherman’s smock (It is called «vareuse» in french) revisited by Ready to sew. You will love the neat and strong construction of this garment and its discrete charm. 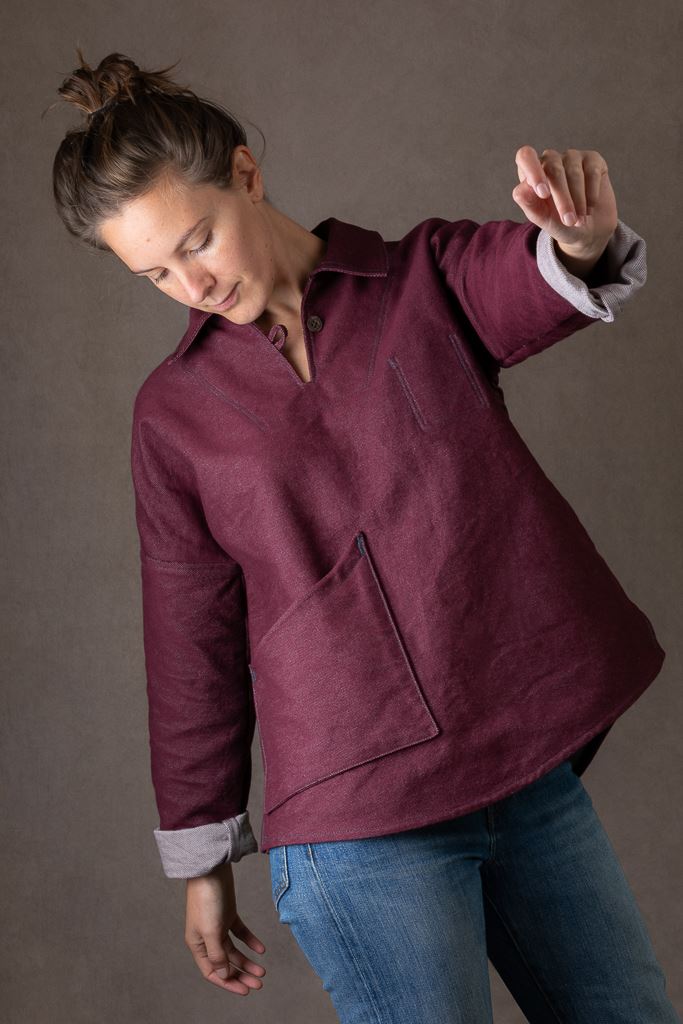 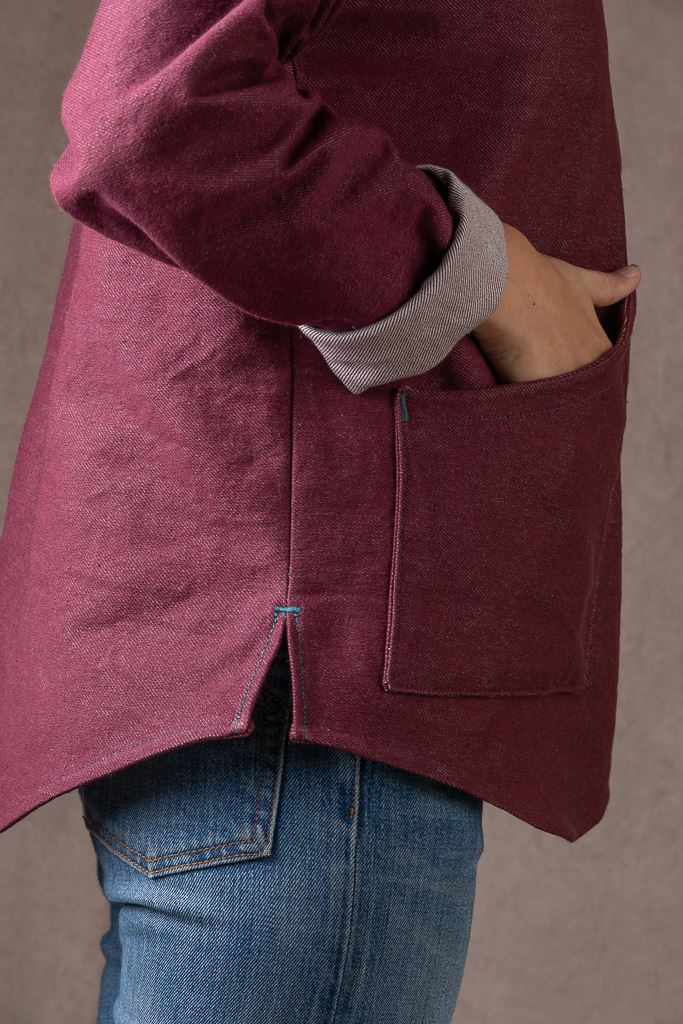 - The topstitching details on the facing

The instructions are ; as usual ; very detailed and you can get some help here by following the sew along! It is a great pattern to jump from an Advance beginner level to an intermediate level!

Well, that’s all I can think of for now. I’ve been wearing my white cotton canvas a few times and it doesn’t hurt that it gathers compliments everywhere it goes ;-)

Created On mercredi, janvier 12, 2022 Posted By Kitti Korntved Comment Link
I'm new to this site. Is it possible to order this pattern? That is, the James Fisherman' Smock? How do I go about ordering?

Thank you so much,
Kitti

It is women PDF sewing pattern, you can order it from the shop (click on "shop" in the menu).

Created On vendredi, juillet 31, 2020 Posted By Christine Eke Comment Link
Hello, I like your fisherman's smock. However, I've never managed to get away with Pinterest ….I clicked on it 'Ready to Sew' but then can't find an order form. Is this a garment already cut out and 'ready to sew' …..which is what I would like ….man's size 60" chest ….dark blue. Can you please advise how I order this. Many thanks.

Created On vendredi, mai 15, 2020 Posted By james sturdy Comment Link
Hello, I too am looking for this garment in a mans pattern.

Created On dimanche, mars 8, 2020 Posted By Nannw jenkins Comment Link
Hello, do you have this pattern for a man? Thanks,
Nannw